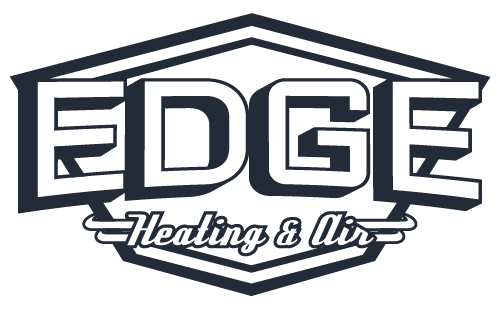 A Family-owned & operated HVAC company with over 15 years of experience.

Edge Heating & Air, formerly known as AllPro Heating and Air, came from very humble beginnings and has evolved exponentially over the past five years through the grace of God and a lot of hard work. Tom Corcoran, a general contractor with 25 years of experience, became interested in HVAC several years ago and, after much deliberation, he and his wife, Kim, launched Edge from their dining room table. They started out with one contract with a small Victoria’s Secret remodel in 2011, and, by the second year, business had grown by over 500 percent.

A Team of Dedicated Professionals

The Edge team is made up of some very committed and hardworking people, and we strive to create an environment where our employees can thrive and our customers feel that we have their best interests at heart.

As a family-owned and operated HVAC company with over 15 years of experience serving the Inland Empire, we firmly believe in putting the customer’s needs first. Since customer satisfaction is our primary focus, it’s no wonder that so many residential and commercial customers are making the switch to Edge Heating & Air for all of their HVAC needs.

Our team of experts is available 24/7 and is dedicated to providing you with the highest quality service. No job is too small or too large for our HVAC company’s team of service technicians. Our goal every single day is to provide Murrieta and the surrounding areas the best possible HVAC services and products. We are known for our exemplary customer service, our expertise, years of experience and dedication to getting the job done right in a timely manner. We know that you will love working with our team.

Contact us today to get the full Edge Heating & Air experience!

“I truly can’t say enough about this company. Hottest day of the year, yes they came out and fixed the problem. Customer service was spot on . Very knowledgeable found the problem in about 15 minutes. worn out Capacitor. No up sell just straight to the problem and fixed it. Thank you very much. I couldn’t be happier.”

“Very knowledgeable tech! And quite prompt. Will use you guys in the future.”

“We recently had our new Maytag system installed by the excellent team of Edge Heating and Air. Tom and his team had the system installed within days from the initial informative consultation. Just in time to beat this heat. We are absolutely pleased by the work they did start to finish. They made sure we were happy with the final product and came in a few days after to check on system again. He also installed the awesome Nest system, which we love!”

“I had waited for 4 hours for another company to come and fix it. They didn’t call til 34 minutes after I had been told they would be here. I called your company and you were able to send someone within an hour after I called. I was very pleased.”

Put your trust in our expert service technicians to solve your heating and air conditioning troubles. 24 hours a day and 7 days a week, we’re here for you.

Need a repair performed on your AC system? Looking

And it still works to this day! Comment a ✋ if y

For those of us in Southern California, we know th